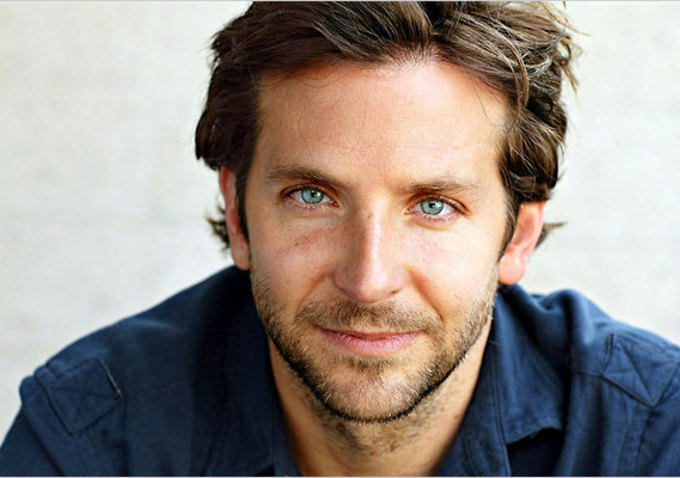 Like many, I have a weakness for the occasional gossip magazine read. Over the holidays a little article about Bradley Cooper caught my attention.  People’s ‘sexiest man alive’ is known for his great locks, that’s why I was so surprised to read he was ‘obsessed’ with his receding hair line.

Bradley, Bradley…like so many of the clients I see he can change one simple thing about his hair regiment to stabilize his hair loss and have healthier thicker hair. This ‘change’ is usually the opposite of what most people hear and read, and often they are shocked when I reveal the truth to them.

The December 24th issue of STAR magazine reported the following:

Former Sexiest Man Alive Bradley Cooper has demanded that his personal hairstylist keep a lid on rumors about his receding hairline. “He brought in a special stylist while he films The Hangover Part III and is paying beaucoup bucks for her to sign a confidentiality clause,” says a source.

The actor is receiving rave reviews for his role in Silver Linings Playbook, but Bradley is too focused on his tresses to enjoy his success. “He comes from a long line of bald guys and has used Propecia for year,” the source tattles to Star. “Brad’s thrown himself into work and is desperate for an Oscar nod in February, but he’s paranoid about going bald. He thinks it could kill his leading-man status.”

Worried that his hair is a major part of his sex appeal, the insider reveals, Bradley has been “getting a cutting-edge hair-loss treatment and taking a battery of natural supplements — and he’s only washing his hair every three days, with expensive organic shampoos.” Remember, Bradley: it’s the clothes that make the man, not the hair.

First of all I want to say that I didn’t even notice Bradley Cooper before he grew out his hair…so I have to say I don’t quite agree with the statement that ‘the clothes make the man, not the hair’ I would like to think its a combination of both. I mean, do you remember him in Wedding Crashers? Here’s a pic:

It wasn’t until the Hangover, that most women said “who’s that?” The only thing he changed was his hair, and that’s all it took. So, when Bradley started losing his hair his panicked reaction was not a surprise.

What is Bradley doing wrong exactly? Well using shampoos that are free of harsh chemical additives is a good start. Supplements help as well, although as most of us know the best source of nutrition is healthy food. Bradley seems to be in good physical condition, so I am going to assume that he works out and therefore has good circulation. However one extremely common misconception is that washing your hair too often can contribute to hair loss. It is the #1 comment I hear in a consultation.  What most people don’t know is that oil is directly related to hair thinning and hair loss. An overactive sebaceous gland is always a factor in thinning hair. If the production of oil is not controlled it will undoubtedly contribute to more hair loss, as well as a variety of other long term scalp issues.  Exceptional scalp hygiene is imperative in stabilizing hair loss. In fact if you have thinning hair you cannot wash your hair enough. Of course you need to be using products that are a) free of harsh chemicals BUT also b) that are stimulating hair growth.

In many cases hair loss can be stabilized particularly if treated early on.  It’s important to speak to a Trichologist that can identify the cause of your hair loss and what your options are.